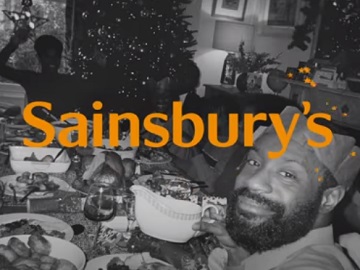 Sainsbury’s has released the first of its three Christmas adverts, which tell three personal stories of modern British families.

The 60-second spot, titled “Gravy Song,” features a collection of family photos and videos while in the background the phone conversation between a father and his now grown-up daughter is heard. After asking her dad how he and her mom are, the girl reveals she is excited for Christmas and cannot wait to go home and spend time with them. She says she literally can’t stop thinking about her mom’s roasties and admits that her dad’s gravy is pretty good and she wants to be home for it, too. Her dad also has a gravy song, which he doesn’t hesitate to sing in order to bring back memories. Eventually, the father concludes that his daughter said that his gravy is the best and calls his wife to let her know the news.

“Food is Home. Home is Christmas.” onscreen lines read at the end of the advert, which is set to debut on TV on November 14, during The Voice.

The second advert, set to air on Monday, November 16, features a mother and son sharing happy memories of Christmases past and talking about the way dad used to carve the turkey. The third one, set to air on Thursday, November 19, will feature two cousins who, remembering Boxing Days of the past at Nan’s, decide to carry on the tradition of eating mega turkey sandwiches, filled with gravy and stuffing.

Sainsbury’s invites customers to donate food and other essential products or cash, in store and online, from December 1 through December 14th, as part of its “Brighten a Million Christmases” initiative. The supermarket will match every donation, doubling every customer’s contribution.