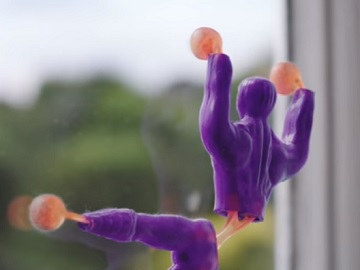 Royal London highlights, in its latest TV advert, whatever life throws at you, Royal London can help you get to where you want to be.

The spot follows a toy wall-crawler that decides to leave the child’s room window and sets out on a quest to get on top of the tallest skyscraper on the horizon. Its determination helps the toy overcome all odds and accomplish its mission.

“Determination can get you where you want to be. At Royal London, we’re customer-owned so our focus is getting you there. Pensions. Investments. Life insurance,” the voiceover says on the 30-second spot, adding the tagline “Royal London – Determination Since 1861”.

The company describes this as “a beautiful analogy for Royal London’s determination to help its members achieve financial independence through pensions, investment, and life insurance.

Founded in 1861, the mutual life and pensions company has often played on its Britishness and longstanding heritage in its advertising campaigns. For the promotion of its over 50s life cover, Royal London has partnered with London-based radio advertising agency Radio Ville and The Animation Guys to create an animated TV commercial. In 2014, another ad featured a man walking through scenes from British history while a voiceover claimed that whoever the customer and whatever the financial times, Royal London “will be there for you”.