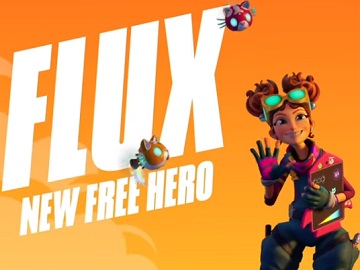 The trailer for Rocket Arena Season 1, which will introduce new hero Flux, has been released.

Cat-loving scientific genius Flux joins the Rocket Championship Tour in Season 1 and players can play cat-and-mouse with their opponents by shifting between dimensions and use their guided Rockats to hunt them down. Moreover, players will have the chance to compete in the Ranked Matchmaking Playlist to show off their skills and earn their Rank Badge, explore sunny new sides of Crater on August 12 when the Blast in Paradise Event begins, dive in for new maps, exclusive modes, and complete challenges to unlock exciting free rewards, or earn even more awesome outfits, XP Boosts, Rocket Fuel, and more when they grab the Blast Pass.

The song used in the trailer is “My Own Rules” by PRTY ANML.

Rocket Arena Season 1 is set to start on July 28.