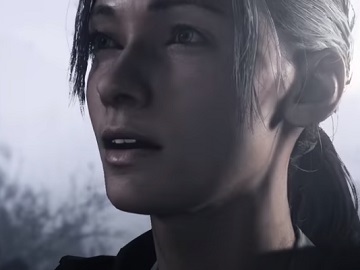 The announcement trailer for the new chapter of the long-running survival horror saga Resident Evil, titled “Village,” has been released.

Unveiled during Sony’s PS5 Future of Gaming live event, the trailer gives viewers a glimpse into game, which looks like it will take place in a small town haunted by werewolves and is from a first-person perspective. The boulder-puncher Chris Redfield and Ethan Winters are back, but there also are new protagonists and victims, too. There also are a guy in some stylish glasses and a posh group of people.

Resident Evil: Village (with the Roman numeral “VIII” being part of the word “Village” on the logo) is scheduled to be released for PS, Xbox Series X and PC in 2021.