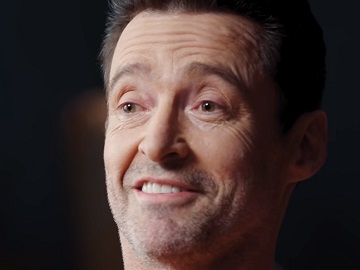 Hugh Jackman is the protagonist of a new ad for R.M. Williams.

The X-Men star is featured nothing but R.M. Williams boots in the 90-second spot. Jackman, who is in a meeting with one of R.M. Williams senior executives, has apparently taken a clause from his contract with the brand, which said he could wear only R.M. Williams boots, way too literally. This is the reason why he has stripped down and, with his legs on the desk, acts as if there’s nothing wrong about it.

The brand has also released a statement along with the video, which reads as follows: “It has come to the attention of R.M.Williams that a video of a private meeting between one of R.M.Williams’ senior executives and Hugh Jackman has made its way onto the Internet. R.M.Williams strongly supports our Global Boot Ambassador Hugh Jackman and we are very proud of our association with this truly undeniable character. Our beautiful and purposefully designed footwear is built using 80 hand-crafted processes to deliver superior comfort. Indeed, perhaps too much comfort. To be clear, R.M.Williams encourages all people, including Hugh Jackman, to wear clothes. Clothes have many amazing benefits from making the wearer look stylish to making meetings way less awkward”.

In a tweet promoting the ad, Jackman wrote “What can I say? The boots are comfortable”.