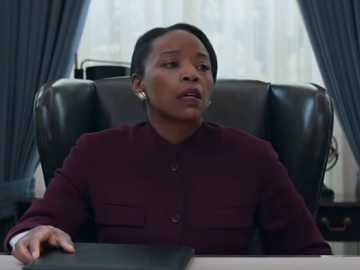 Quibi continues its “Quick Bites. Big Stories” campaign with a new installment. The spot, titled “Asteroid,” features the president of the United States as she’s informed about her Secretary of Defense about the imminent impact of an asteroid and that they still have time for two, three Quibis tops. After uttering an “Oh, my God,” the president takes out her smartphone to watch “Dummy” starring Anna Kendrick.

“Episodes in ten minutes or less. Quick bites. Big Stories” onscreen lines read at the end of the commercial.

The entertainment platform from Jeffrey Katzenberg and Meg Whitman created for mobile, whose name comes from “quick bites,” made its commercial debut with a 30-second Super Bowl commercial right after the kickoff. The spot, titled “Bank Heist,” shown a group of bank robbers who are left with four to 10 minutes to spare by their driver, who’s in a “Pest Control” van watching something on Quibi.

Quibi, designed to be viewed on mobile devices with content that can be consumed in 10 minutes or less, is set to debut April 6.