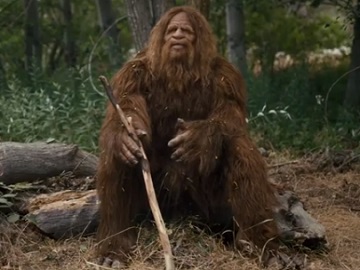 Progressive has released a new commercial featuring Flo. This time, she chats with a Sadsquatch in the woods and informs him, of course, about the consumers’ possibility to save when they bundle their home with their outdoor vehicles.

The spot opens with the Sasquatch sharing his story and expressing his sadness due to the fact that people used to go out there just for a blurry photo of him, but not they don’t care about him anymore and now “it’s all ‘check out my RV’ and ‘let’s go four-wheeling”. He then admits that maybe there’s a little part of him that wanted to be seen, while onscreen footage shows how he is ignored by everyone arriving in that area. At this point, Flo tells him that Progressive helps people save when they bundle their home with their outdoor vehicles and suggests that this might be a reason why they don’t care anymore. “They’ve got other things to do now, Bigfoot,” she says. Asked what did she just call him, Flo repeats “Bigfoot,” to learn that his name his Darryl.


In 2017, the insurance company tapped actor Jim Cashman to play Jamie, Flo’s co-worker. In one of the spots, dubbed “Jamie’s Twin”, he even had a doppelganger, played by British actor Jack Turner.

Earlier this month, in a commercial dubbed “Off the Mara-ket,” the insurance company introduced a new character, named Mara and played by Natalie Palamides, who makes all her male suitors back away.