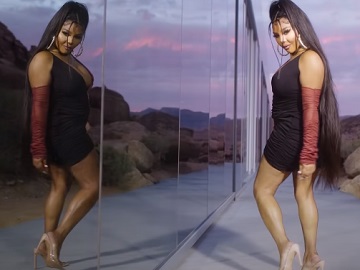 PrettyLittleThing has released a new ad, starring the undisputed Queen of the 90’s hip hop scene, Lil’ Kim.
The spot features the legendary rapper wearing some of the pieces in her collection, described “as fierce as her rhymes”.

Serving as soundtrack is her 2005 single “Lighters Up“.