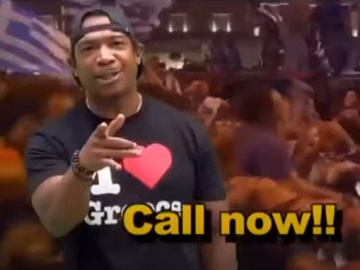 Ja Rule has decided to use his fame to help small businesses survive during this though time and the first one to benefit from this help is Greek restaurant Papa Cristo’s Greek Deli.

The rapper stars in a commercial for the Papa Cristo’s Greek Grill, located on 2771 West Pico Boulevard in LA, superimposed in front of gyros and various Greek meals, professing his love for Greek food. Clad in an “I love Greece T-shirt,” he mispronounces the meal names he reads from his smartphone. “You can’t even pronounce the food, it’s so go**amn good,” he says.

Ja Rule explained in a video the reason why he starred in the respective ad, mentioning that small businesses have been heavily impacted by the coronavirus crisis and that he was willing to help Papa Cristo’s.

The spot was actually done for a new TBS reality TV show called “Celebrity Show-Off,” where celebrities compete with each other to create compelling content in order to attract YouTube views.