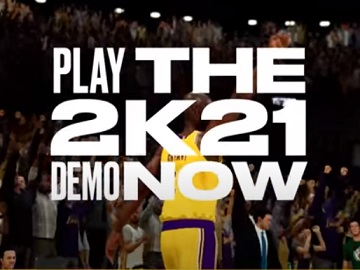 This year’s NBA 2K21 is promoted in a new commercial, which urges gamers to play the Current Gen Demo.

The spot highlights that the upcoming basketball simulation video game gives you the chance to hit the court and go head to head with today’s NBA stars, including Kawhi Leonard, Lebron James, Patrick Beverley, and more.

The NBA 2K21 Current Gen Demo includes four playable teams, the return of the MyPLAYER Builder, and the opportunity to try out some of NBA 2K’s latest gameplay innovations. The game, expected to be released on September 4, is now available for pre-order.