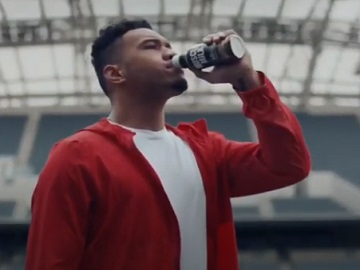 Muscle Milk has enlisted Tua Tagovailoa to star in a new commercial.

“Muscle Milk helps build muscles. But not the muscle that pushes you to come back stronger after the world has counted you out. Sure, Muscle Milk helps build muscle. But it takes heart to build strength,” Tagovailoa says on the 15-second spot, which references his comeback from season-ending injuries sustained in a November 16 game at Mississippi State, that required emergency hip surgery, and features him doing various workouts in a weight room and empty stadium.

“Own your strength,” he adds at the end of the commercial, which also represents the tagline.

The former University of Alabama and Saint Louis School quarterback is also shown on a video billboard, along with the above mentioned slogan.