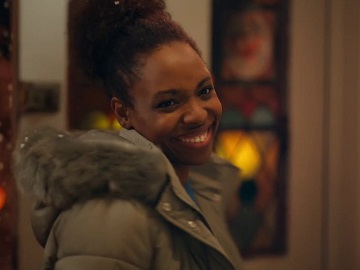 UK Supermarket chain Morrisons has released its Christmas ad and invites us to see how they are making Christmas special.

The spot features a diverse cast of families spending Christmas together in their own ways, which include singing, dancing, enjoying various dishes, popping champagne, and even completing a popular TikTok challenge. A nurse is welcomed home by her family, a Morrisons driver is dancing along in his van as he drives to the store to collect some orders, a child is donating some mince pies to the shop’s foodbank collection, one family is shown gathering around a flaming Christmas pudding, and a young girl is performing Dua Lipa’s “Levitating” for her family.

The soundtrack is the 2020 single “Levitating” by Dua Lipa, feat. DaBaby, from her second studio album, “Future Nostalgia”.

Morrisons customers were able to access Dua Lipa’s online streaming event from Studio 2054 on November 27 with a discount code, which was promoted via the supermarket’s social media channels.