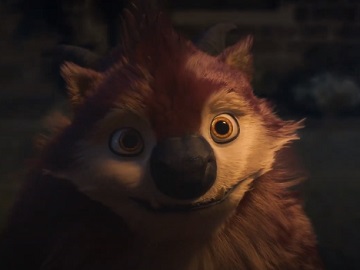 Monsterbox, a new food delivery company that enables the Scottish people to have fresh food delivered to their doorstep instead of potentially putting themselves at risk during a pandemic, has released a new advert to promote its services.

The spot, titled “Scotland’s best-kept secret,” tells the Monsterbox story through the voice of a young girl, who heard about a monster who lives in a cave, deep in the highlands, and only comes out when there’s work to be done and food to be delivered. “It’s been said that he only delivers the freshest food, but no one has ever seen a monster,” the girl says in voiceover, while on screen she is shown investigating his appearances into town. She also mentions that he travels alone as quiet as a mouse, collecting and delivering, and expresses her wish to be the first to meet him, one day.

At the end of the 60-second advert, she actually manages to see him by opening the front door, where he leaves the Monsterbox full of fresh fruits and vegetables, early in the morning. “It’s Scotland’s best kept secret. Monsterbox,” the girl adds eventually.

Monsterbox revealed that the spot, by production company Day 21, was created during the middle of the UK and Canadian lockdowns.