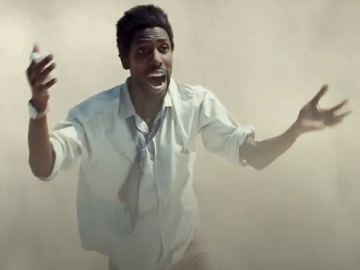 MiO advertises its MiO Fruit Punch in a new commercial.

The spot features a man who, after walking through a desert, falls to the ground. The next moment, he sees a cooler and gathers all his strength to get to it. However, his enthusiasm soon vanishes as he realizes that there is only plain bottled water. Luckily, his salvation comes from the sky: a helicopter drops a bottle of MiO Fruit Punch for him and is offered a ride. Once he gets his hands on the MiO Punch, he decides to refuse the ride, saying he’s gonna walk.

The commercial ends with the voiceover says “Water tastes like… water. So we fixed it” while onscreen lines inform that the brand’s Fruit Punch has zero sugar, zero calories, and a bold flavor.