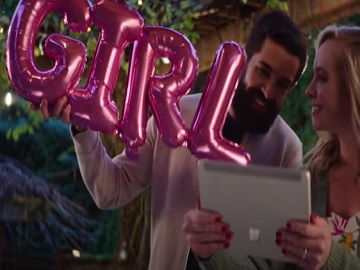 Microsoft promotes the Microsoft Surface Go 2 in a new commercial.

The spot presents the device, described as “the perfectly portable PC,” and some of its most important features, which include a new, bigger 10.5″ PixelSense Display, one amazing pen, a real keyboard, and Precision Trackpad, supercharging with new Surface Dock, LTE Advanced, Audio jack and USB-C, 1080p HD cameras and crystal clear mics, long battery life, and Windows security for the whole family.

Throughout the video a diverse cast of people, including children, are shown using the Surface Go 2 to do various activities, such as learning, writing, sketching, playing, listening to music, keeping in touch with family and friends through video calls, and more.

The soundtrack is the 2010 single “The Sound of Sunshine” by Michael Franti & Spearhead, from their seventh studio album of the same name.

Microsoft Surface Go 2 is now available for purchase at prices starting from $399.