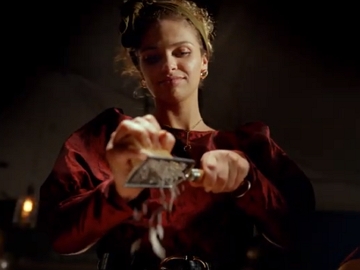 Danish butter brand Lurpak has released a new ad, which aims to highlight that “The world needs more cooks”.

The spot, created by Wieden & Kennedy London and part of a multi-channel international campaign, features a diverse cast being cooks in their own kitchen and preparing various meals with Lurpak butter, from scrambled eggs to pancakes to pizza to meatballs and more.

“Why throw eggs when you can scramble them?” the voiceover asks in the opening of the 60-second ad, listing some of the things cooks can do with a hot pan and a little Lurpak. He thus declares that the cook “can heal the sick,” “feed the masses,” and “raise the dead.” “Who else would transform nothing into everything, turn waste into a wonder, settle feuds with a frittata?” the voiceover also asks, urging then viewers to choose their weapon, “embrace the unwanted” and process their own food.

“The world needs more cooks because where there are cooks, there is hope,” the voiceover declares at the end of the advert, which is set to run across several markets across the globe, including Australia, Greece, the UK and Scandinavia.