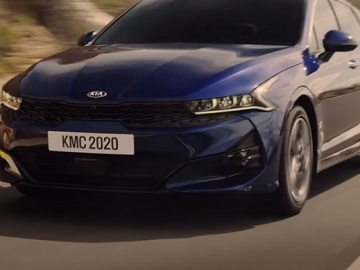 Kia has released a new campaign for the K5, which is the longest wheel based sedan in the class, and showcases some of its most important features in a series of spots.

The “Lifestyle Film,” which aims to highlight that, with K5 advanced technologies, sometimes you can be the guardian angel of your beloved ones while you enjoy silki but exhilarating ride, features a father driving along a coastal road while his wife and kids are sleeping. Thanks to the dynamic stability, they don’t feel any bump in the road and are able to get some rest despite the fact that they are on the move.

The soundtrack music is a song called “Right Here” composed by Production Music.

Other ads in the campaign, which carries the tagline “A New Dynamic Awakens,” highlight the exterior and the interior design, which includes a spacious cutting-edge cabin integrated with just what you need, the Blind-Spot Monitoring System, as well as other features, including the greater handling and performance.