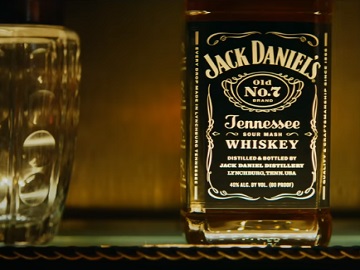 Jack Daniel’s has launched a new global campaign, titled “Make It Count,” which is “about its fans who grab life by the horns and make the most of their experiences”.

The “First Timers” ad, from creative agency Energy BBDO, which aims to highlight drinkers who “choose to live boldly and try something they’ve always wanted to do,” features a diverse cast of Jack Daniel’s consumers doing various things that they have always wanted to do. The “ingredient” that gives them the courage to do that is, obviously, the brand’s Old No. 7 Tennessee Whiskey. Thus, a bartender is shown sliding a glass of Jack Daniel’s down the bar to a man who is then inspired to offer the next round on him to all the other people in the bar, a young woman at a picnique with her friends is shown throwing her smartphone into the lake when her boss is calling her (and revealing that she has always wanted to do that), and two friends in a fancy restaurant are shown ordering one of everything.

Serving as soundtrack is the song Tchiki, Tchiki, Tchiki by Make the Girl Dance (feat. Little Barrie), from the 2011 album “Everything Is Gonna Be OK In The End”. (The track is available for purchase on Amazon for $1.29).

The “Make It Count” campaign includes, besides TV, social, digital and out of home in more than 100 countries globally. To mark the launch of this new cross-channel campaign, the brand has also has created “The Countdown is On” kits for the on-trade, which will include Christmas jumpers and merchandise for bar staff.