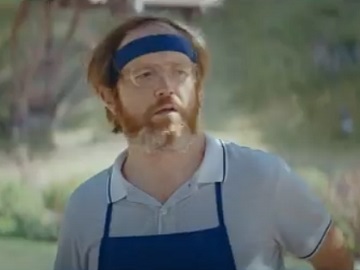 IBM celebrates its status as the official Cloud & AI Partner of the US Open in a new commercial, which shows how the company helps tennis fans to be closer than ever to the action, at home, for this year’s US Open.

“Even though tennis fans can’t attend this year’s US Open, they’re closer than ever to the action, at home. IBM Watson is serving up game insights from millions of data points and IBM Cloud is helping deliver flexibility and security to reimagine the tournament on and off the court,” the voiceover says on the 30-second ad, which features a diverse cast of people, including children, using their tennis skills or trying to improve them while spending time at home. A teenager throws onion and garlic to his mother while helping her cook the dinner as if they were tennis balls, two brothers play tennis in the living room on a rug similar to a tennis court, using pots as rackets and paper towels as a net, a father is throwing laundry in the laundry machine as if they were tennis balls, and more.

At the end of the video, an onscreen line informs that IBM is the official Cloud & AI Partner of the US Open.