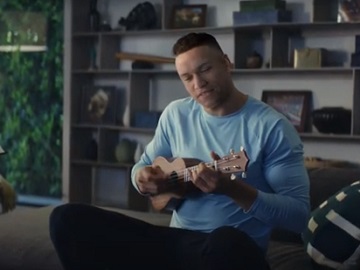 The 15-second spot, based on the idea that the days of quarantine hobbies are over, features the Yankees put slugger breaking off his ukulele and putting on his green jersey because it turns out he has a deal with Hulu and he must say that “Hulu has live sports again”.

The streaming service has enlisted several other athletes for its Hulu Sellouts campaign, which debuted in 2019 with a spot featuring NBA player Joel Embiid using a new nickname, specifically “Hulu has live sports”. In the ad, the Philadelphia 76ers center explains to a kid that he gave up to his famous nickname (“The Process”) for money.