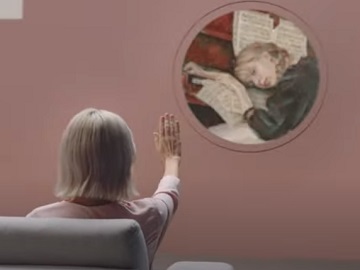 Huawei has released a series of short spots for its upcoming Huawei Mate 40 Series, which will be unveiled on October 22nd, at 14:00 CEST, during an online global launch event.

The 15-second ads hint at some of the device’s features and one of them focuses, specifically, on the users’ ability to change songs with just a hand move, so without touching the screen.

Titled ” The Mate Move,” the spot features a woman listening to various songs and moving her hand in the air to change the opera songs she’s listening to.

Other commercials focus on the phone’s high performance and style.

Huawei revealed the event on Twitter with the hashtag “LeapFurtherAhead”. In terms of price, rumours claim the Mate 40 Pro will start at 5999 yuan, which is around £660 in the UK, $870 in the US and €730 in Europe.