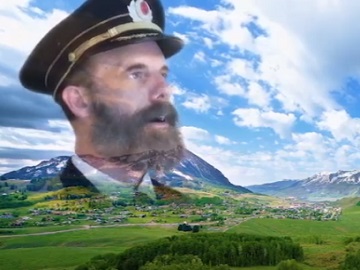 Hotels.com has released a new commercial to encourage you to book your next not-your-house place with Hotels.com.

The spot features Captain Obvious remembering several places, including Great Lakes Rental House, which is “Not Your House,” Nappa Valley B&B, which “has wine that’s not in a box,” the Miami Beach Resort, which “has free toilet paper,” and Rocky Mountain Lodge, which “has air you haven’t already breathed”.

Viewers are informed that these places still exist and are advised to check out Hotels.com, where they will also find thousands of not-your-house places all over the world and will be able to choose free cancellation on most hotels.

The Hotels.com iconic pitchman, played by Brandon Moynihan, made his first appearance in a Hotels.com ad in February 2014 and has become an advocate for the hotel booking portal, informing people about the Rewards program, while doing all kinds of things. In an election year, he decided to join the presidential race by actually running and campaigning with unique ads for all 50 states. The “Captain Obvious Runs for President”, which earned the reputation of “the most effective campaign in Hotels.com history,” saw Captain Obvious running on the campaign trail, featuring Hotels.com hotels as he went. To the UK market, he was introduced in May 2016 through a series of ads created by agency CP+B London.