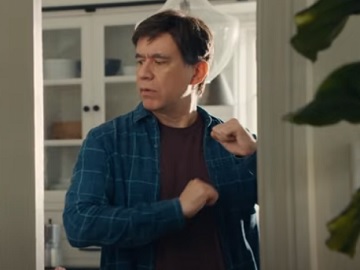 Google invites you to step up your routine with the Nest Dance Instructor.

The actor/comedian dances in the kitchen, following the moves of a dance instructor and ignoring his kids’ laughs.

Moreover, he tells the children that this is how he managed to convince their mother to break off her engagement with the mayor.

Armisen stars in several other ads for Google devices, portraying a diverse cast of characters including a writer asking for a translation from a Nest smart speaker, a long-haired yoga fan character who uses the Nest Home to play relaxing music while stretching, and a book club member who’s wearing tinted sunglasses during a video conference using a Nest Hub.

Google urges you to learn the latest moves with the Nest Dance Instructor and play music videos on your Google Nest displays easily. You can set up Smart Sound to enjoy a dynamic sound experience and make shortcuts that take your daily routines to the next level just by saying “Hey Google”.

With Nest Hub Max, available for purchase from $229, you can experience YouTube with a 10-inch HD screen and powerful stereo speakers, watch your favorite clips, jam out with YouTube Music, and watch live television with YouTube TV.

The song playing in the commercial is Rumba Gitana by Andy Gonzales Y Sus Amigos.