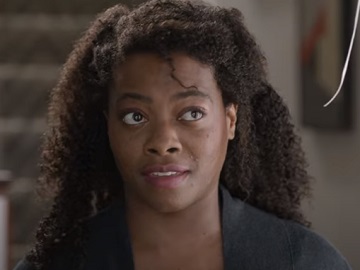 Farmers Insurance has released a new ad for its Policy Perks and, more specifically, for its Declining Deductibles, which let you get $50 toward your home deductible every year you’re a Farmers customer.

The spot features Academy Award-winning actor J.K Simmons, who plays Prof. Burke in the insurer’s Hall of Claims campaign, ringing to a woman’s door and wishing her Happy Anniversary. Surprised to see him at her door, with a bunch of balloons for her, the woman asks about the occasion and learns that, for every year she is a Farmers customer, she gets $50 toward her home deductible, which is a Policy Perk for being a Farmers customer. Moreover, she also learns that she doesn’t have to do anything in order to take benefit of this perk and this is something, from her perspective.

On his way out, Prof. Burke is approached by a little girl, who asks him if she can get a balloon. He’s willing to give her one, but not without making sure, before, that her parents have maintained a Farmers home policy for 12 consecutive months.

In a previous spot for the company’s Policy Perks, Simmons promoted the Accident Forgiveness, which means that your rates won’t go up just because of an accident.

The Accident Forgiveness is available with Farmers Branded Smart Plan Automobile Policies but is not available in CA, HI, NY and SC. Optional coverage can be purchased at additional cost.

Simmons has starred in numerous ads part of the company’s long running “Hall of Claims” campaign, which illustrated a variety of “real-life bizarre insurance claims”, from household accidents to unexpected run-ins with animals to car crashes, that the insurance company dealt with.