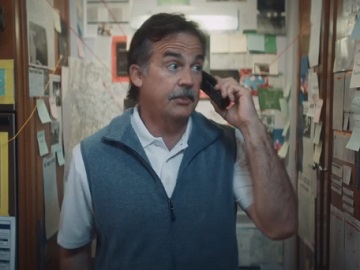 One of the spots, created by BBH NY and aimed at highlighting the fact that FanDuel’s new fantasy sports addition is simple and easy to play, features former NFL Head Football Coach Jeff Fisher as he helps a fan with his Best Ball picks while multitasking in the kitchen. Among others, he’s cooking a paella with shrimp. At the end of the conversation, the fan, named Tony, says thanks to Fisher and praises him, saying he’s doing a great job.

The voiceover adds that, with FanDuel’s Best Ball, there’s no easier way to play season long fantasy” and informs that Leagues start at $1 and new users get a $20 bonus up to $500 on their first deposit.

FanDuel has also enlisted Orlando Pace and Vince Willfork to star in its Fall 2020 campaign.

The New-York-based company consists of a portfolio of leading brands across gaming, sports betting, daily fantasy sports, advance-deposit wagering, and TV/media, including FanDuel, Betfair US, and TVG.