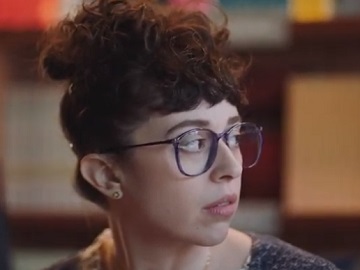 Dunkin’ has released a new commercial to inform that the chain’s medium lattes and cappuccinos are now available for $2 from 2-6pm.

The spot features a bookstore worker arriving back at work with a Dunkin cup in her hand and asking her colleague “Would you believe this Dunkin’ latte is the greatest espresso drink ever?” “Yes,” answers the other woman, who’s looking at her coworker as she takes a seat. “Would you believe I got you one, but somebody took your espresso from me on the way back from Dunkin’ and that’s why I don’t have one for you now and it’s definitely not because I drank it?” This time, though, the other woman says she would not believe that.

The commercial ends with the voiceover urging viewers to go and try the chain’s medium lattes and cappuccinos, now available for $2 from 2 to 6pm.