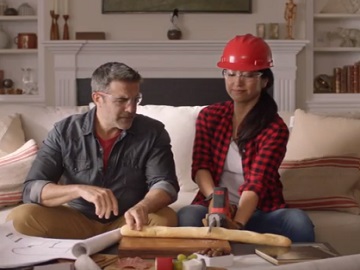 DISH urges people to renovate their DVR recording routine with the world’s most powerful DVR and record up 16 shows at once, in one of its latest commercials.

The spot, which aims to highlight that DISH the only satellite TV provider that can handle all your TV obsessions, features a home renovation obsessed couple, who use a small chainsaw to cut a baguette. However, at the beginning, viewers are led to believe the two partners are working on a DYI project, but it soon turns out they are just obsessed with home renovation.

“Get the world’s most powerful DVR with DISH” an onscreen line reads at the end of the commercial.