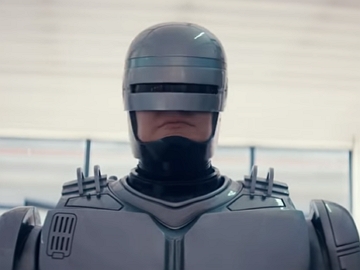 UK insurance company Direct Line has released a series of new ads to tout its services.

One of the spots features RoboCop as he stops a criminal and then offers his assistance to help a company locate their stolen laptops. However, he soon finds out that Direct Line has already done replaced them.

The iconic character is played by Derek Mears, who shared the advert on his Facebook page, along with the message “The #Robocop suit I wore for this @DirectLine spot that @LegacyEffects made was outstanding. Applause to them & all involved with the delightful commercial!!”.

Other two spots, which are part of the company’s latest ad campaign, directed by two-time Oscar nominee Bryan Buckley and launched on March 6, feature Donatello (the Teenage Mutant Ninja Turtle) and Bumblebee (the Transformer).