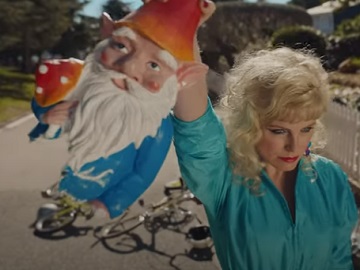 Diet Coke advertises its beverage in a commercial that urges you to “drink what your mama gave ya”.

The spot, created by Anomaly Los Angeles, opens with two guys sitting at a table. When one of them starts drinking a Diet Coke, his peer asks him “Diet Coke? What are you, my mom?”. At this point, the voiceover starts an ode to mothers, who did everything they did with a Diet Coke in their hand. He talks about mom’ ability to send shockwaves to the neighborhood without saying a word, to make a handmade costume the night before a school play that you forgot to tell her about, not to make you happy, but because she had a reputation to uphold, she invented ride share, called it carpool and did it for free, and she didn’t need dating app, either. The voiceover also points out that “you copied her jeans, her spin, her shoes, her scrunchie and – whether you realize it or not – her music,” and she can also win any argument in four words (these are “Because I said so”).

“Everything you’re trying to do, she’s already done, did it better, and she did it with a Diet Coke in her hand. So drink what your mama gave you,” the voiceover also says at the end of the commercial.