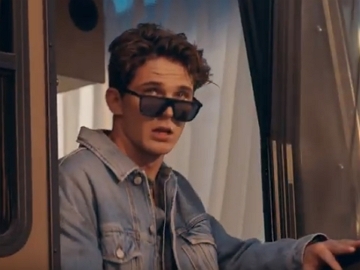 Diesel has launched its Spring-Summer 2020 campaign with a new commercial, that carries the tagline “For Successful Living”.

The spot, created by Publicis and directed by François Rousselet, features a young actor who, after practicing on set a particular scene, goes in his trailer, gets dressed in his outfit (all Diesel denim) and leaves. Toward the end of the film, he is shown jumping up in the sky with the speed of light – a nod to the scene he had practiced on set.

Diesel, which aimed to capture, in this campaign, founder Renzo Rosso’s vision of irony, provocation, eccentricity, and kitsch for his brand, has collaborated with photographer Kourtney Roy for the print campaign, which features models in superhero-inspired poses.