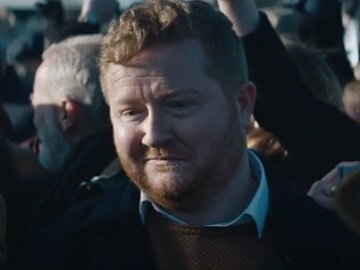 UK leading betting brand Coral has launched a new ad campaign that focuses on horse racing and celebrates “the passion of the bet”.

The spot, created by BBH London and entitled “Fail to finish,” aims to capture the “raw drama and excitement of horse racing” by featuring juxtaposed footage of a horse race and a man who placed a bet on one of the participants. Unfortunately, he lives a disappointment as the “strong,” “fast,” and “relentless” horse he had bet on, runs without the jockey, who fell in the mud.

At the end of the advert, which is scored by Philip Glass’ “Runaway Horses” (from the film “Mishima”), the voiceover urges viewers to “Get a free bet back with ‘Fail to finish’ for the passion of the bet.” The tagline “When the fun stops, stop.” from BeGambleAware.org also flashes across the screen.

The advert debuted on February 24 and is set to run until the end of April. The campaign, which also focuses on flat-racing, includes social media, digital, print and in-store activity.