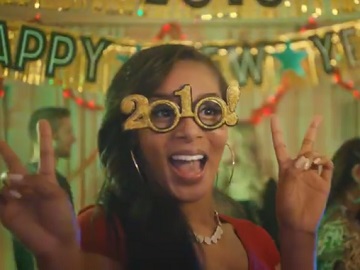 Colgate promotes its Optic White Renewal toothpaste in a series of ads that say this toothpaste “removes 10 years of yellow stains”.

“Remove 10 years of yellow stains with the new Colgate Optic White Renewal,” the voiceover says at the end of the commercial.

Other spots feature a woman who brushes her teeth and is brought back in time, to 2010, when she wore jeggings for the first time, and another spot shows a man who remembers that, in 2010, his friend was trying to get in shape with a weight you shake. The ads specify that the toothpaste is efficient when brushing twice daily for four weeks.