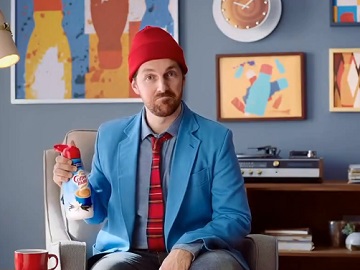 Coffee-Mate advertises its creamers in a new commercial.

The spot features a man played by Jason Mckinnon saying that Coffee-Mate creamers are triple churned and two times richer than milk for one perfect cup of coffee. He then explains that the reason he knows so much about coffee is that he had hundreds of cups of coffee using Coffee-Mate. He can even prove that with the photos he has on the wall, featuring him holding a cup of coffee and a bottle of Coffee-Mate in his hands.