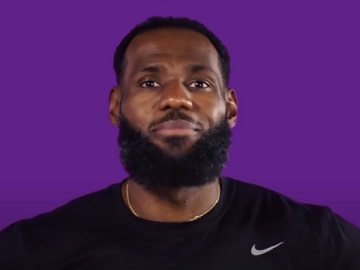 Walmart has launched a new campaign for its Camp by Walmart app, which is described as “a new kind of camp designed for the internet, where families can have all kinds of fun”.

The retailer has teamed up with LeBron James, Neil Patrick Harris, Idina Menzel, Drew Barrymore, and Todd Oldham for the new summer camp, produced and developed in partnership with CAMP, a Family Experience Company, and powered by the interactive video platform eko.

The five celebrities will serve as camp counselors, leading kids through sessions varying from arts and crafts to fitness and other activities to keep them active and entertained. They also star in 15-second ads for the initiative, in which they promote the Camp by Walmart, giving viewers a glimpse into the activities they will carry out.

Actor Neil Patrick Harris, who is Head Camp Counselor, sends families through one of 14 camp challenges, from “Neil’s Charades” to musical Mad Libs, actress Drew Barrymore takes campers through a make-up tutorial and basketball star LeBron James leads participants through mental and physical activities with help from his I PROMISE School educators, singer and actress Idina Menzel showcases her singing skills to campers, designer Todd Oldham reimagines “Smarts and Crafts” and teaches campers about creativity through the lens of arts, crafts and fashion.

According to the retailer, Camp by Walmart will offer 200 more new activities throughout the summer to keep families everywhere entertained.