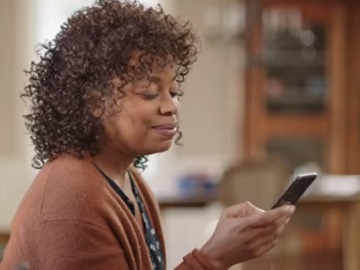 Boost Mobile has dropped a new commercial to promote its Unlimited plan that costs $25/month per line when you get 4 lines, and also includes 4 free phones.

The spot, dubbed “Wrestling,” features a father and his two kids literally fighting over one phone, which they have to share, because this is what happens when smartphones are expensive. In his attempt to get his hands on the device, the dad dives into the table and breaks it, the daughter hits her dad with a basket to the stomach and then the boy kicks him through a glass door.

Luckily, the mother shows up and saves the day by giving each one of them a smartphone and this is how she stops the fighting.

The voiceover urges viewers to switch to Boost Mobile Unlimited, get 4 lines for $25/month with Unlimited Data, and get 4 free Samsung Galaxy A20 phones, as well.

The commercial got mixed reviews. While some viewers described it as hilarious and “the funniest commercial ever,” others said it is “distasteful,” “inappropriate” and it is inciting family violence.