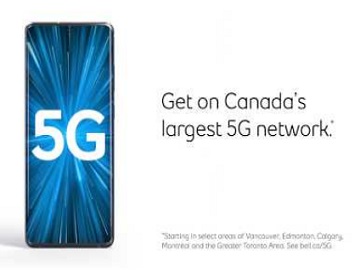 Bell Canada has released a new ad to announce its 5G network.

The 30-second spot highlights that with Bell 5G network the bar has been raised as this network ensures “lightning-fast response,” “massive bandwidth,” and “unprecedented speed,” and encourages viewers to get on Canada’s largest 5G network.

The soundtrack music is the 2019 single “Making Moves” by Yez Yez, from the album of the same name.

This network is starting in select areas of Vancouver, Edmonton, Calgary, Montréal and the Greater Toronto Area.

Bell Canada is ranked Canada’s best network. According to the results of the biggest test of networks in Canada, conducted by Global Wireless Solutions, when measuring combined data, voice, reliability and network coverage, Bell outperformed every single national wireless carrier across the board. The company’s advanced LTE advanced network, the world’s fastest and most advanced wireless technology, already covers 90% of the Canadian population.