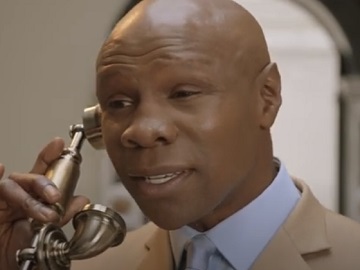 Argos has enlisted ex-boxing legend Chris Eubank to star in a new advert for the Xbox competition.

At the end of the advert, viewers are directed to the “Competitions” section on the retailer’s website, for information on how to win an Xbox Series X delivered by Chris Eubank and his team of ex-boxers.

The former world-middleweight champion and US police marshal, who will be delivering the Xbox Series X to competition winners next Tuesday, said in a press statement: “As one of the fastest and most powerful boxers in history, it only feels natural to deliver one of these mighty consoles more quickly than anyone else is able to… beating them to the punch, if you will. This year has been a tough one, and I’m stupendously excited to be teaming up with my fellow ex-boxers to give winners across the nation a truly champion experience”.