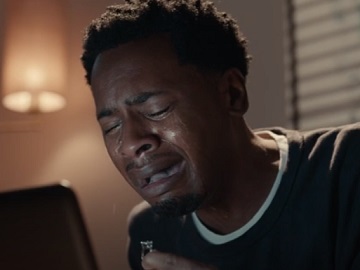 Apartments.com has released a new ad to promote its rental website, highlighting that Apartments.com makes it easier than ever to find a new place.

The spot, titled “Moving on,” opens with the eccentric Silicon Valley maverick and visionary futurist Brad Bellflower (played by Jeff Goldblum) saying that Apartments.com makes getting into a new home easier than ever, while in the background is shown a man in tears, who suffers after breaking up with his girlfriend, who he wanted to propose to, judging by the engagement ring he’s holding while looking at an old photo of them. As tears roll down his cheeks and fall on the keyboard of his laptop, they help him to rent a new apartment on Apartments.com and find thus the next love of his life.

Goldblum was tapped by the rental site to portray Bradd Bellflower, the inventor of the Apartminternet, described as “a place where rental choices and realities are infinite,” in 2015. At the end of 2019, he appeared in a series of ads called “Renters Holiday Questions Answered” to answer renters most puzzling holiday questions.

In a recent commercial, he shows people how the website manages to have more listings than other websites. The secret consists in dogs wearing cones equipped with wireless audio surveillance systems.