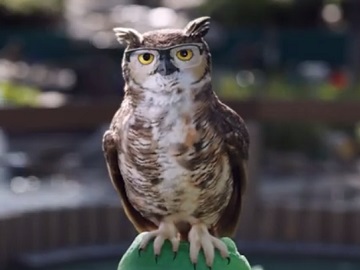 America’s Best Contacts & Eyeglasses advertises its bundled offer including two pairs of eyeglasses and a free eye exam in a new commercial.

The spot, dubbed “Mini Golf,” features actor and producer Rob Belushi playing a golfer who’s interrupted by an owl that keeps talking about America’s Best offer. “You know you pay too much for your glasses. Shut it down to America’s Best where two pairs and a free exam are just $69.95,” the owl says, which gets the man’s interest.

However, the bird doesn’t stop and points out that the exam alone is worth $50 and then makes another remark that pushes the golfer’s patience to the limit. “I’m about to hit a birdie,” he replies.

At the end of the commercial, the voiceover says that this is not just a better deal, it’s America’s Best.