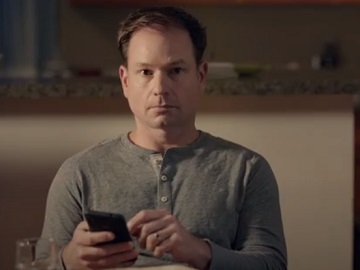 Amazon promoted its Cyber Monday sale event in a commercial that aims to inspire consumers to get their holiday shopping done early on Amazon so that they could have more time for the things they love.

The spot features Doug, a man who did that and, in December, gets to be “Holiday Dougie”. The new Doug, sitting on the sofa clad in satin pajamas, reveals a picture of himself that he painted. The Dougie from the picture, sporting the exact same outfit as the Holiday Dougie, holds a saxophone as he’s chilling on the couch, a reference to the hobbies he could exploit if he is no longer “forced” to go shopping or spend time online, looking for deals.

“Spend less. Smile more.” an onscreen line reads at the end of the commercial, which is part of a longer series of commercials. Other videos feature “Holiday Lisa,” another Amazon customer who gets to spend time with her friends, and “Holiday Cam,” a father who becomes a cocoa master.