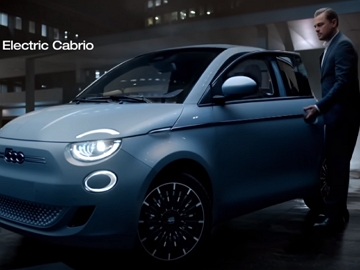 The star, who is known for having been committed in the past decades to fighting climate change and defending biodiversity, urges people to make a major commitment to act on climate change, aiming at sustainability, in its speech, heard in voiceover on the 90-second video, titled “All In”. The Academy Award-winning actor says that time is one luxury we no longer have and that, if you want to preserve this place we call home, it means not committing halfway, but all the way. After all, the stakes are too high,” he also says, adding that “we need to go all-in, not as an optional way, but only one way. All-electric.” He is then seen getting at the wheel of the only 4-seat Electric Cabrio and driving through the city streets, at night.

“The time to go all-in is now,” Di Caprio adds at the end of the video.