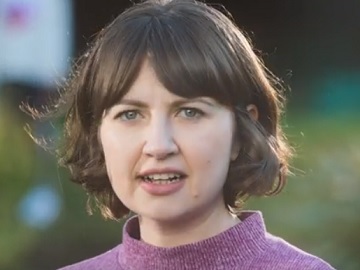 Aldi UK has launched its Easter campaign, showcasing some of the products in store for consumers.

One of the spots features Fran, a man who, according to the voiceover, doesn’t like Aldi, which makes a numbers of various persons to react by listing some of the items found at Aldi. “You don’t like 100% British lamb?” a grandfather asks almost in shock while cutting a British Leg of Lamb for his family, who are gathered around the table. “How can you not like responsibly-sourced Easter egg?” a boy costumed as an Easter egg asks before falling into a “sea” of chocolate, shouting that it’s only 89p each. A gentleman is also surprised to learn that Fran doesn’t like award-winning wine (this while a servant holds a bottle of Rioja Reserva, priced at 5.49).

Eventually, Fran’s interlocutor, a young woman who’s actually holding a glass of wine in her hand, too, starts laughing out loud, explaining that she likes all that.

“There’s lots to LIKE at Aldi this Easter” an onscreen line reads at the end of the advert.

The retailer announced that it will be dropping the prices on Easter family favourites on a weekly basis and encourages people to find its great offers in store.

Previous: KFC $20 Fill Up Free Delivery by Grubhub Commercial
Next: University of Phoenix Commercial: Online, But Never On Your Own