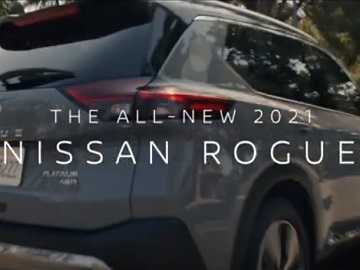 Nissan has released a new ad for its all-new “fiercely reimagined” Nissan Rogue, highlighting that you can take your music everywhere you go with Wireless Apple CarPlay in the all-new 2021 Nissan Rogue.

The spot features a young man driving the new Rogue and listening to “Mueve la Faldita” by KJS feat. Lu Mun E with his father. However, the latter doesn’t seem to like this song very much because he uses his smartphone to play Island Reggae.

Eventually, they do a mix of the two and enjoy the ride together.