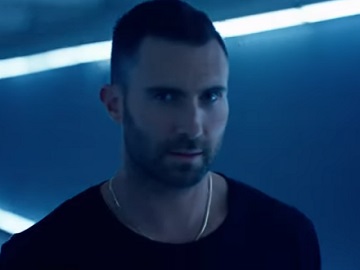 The lead singer of the band Maroon 5, who was announced as the face of YSL Beauty’s new Y Eau de parfum in October 2017, stars in a TV commercial filmed by music-video director Colin Tilley, delivering the following message in voiceover: “No matter how far I’ve come, no matter how much I’ve done, I’ll keep pushing. That’s why I believe.

That’s why I’ll never stop”. The artist is featured driving a convertible down a street, showing off his chest covered in tattoos while playing the drums in a garage, putting on a black T-shirt in front a mirror and heading out of a room toward the rooftop of a building, his guitar in hands, to greet the hundreds of fans gathered in the street.

The Y Eau de Parfum, featuring notes of bergamot, sage, balsam fir, and cedar wood, is available as a 60ml and 100ml Eau de Parfum at prices that range from $90 to $115.