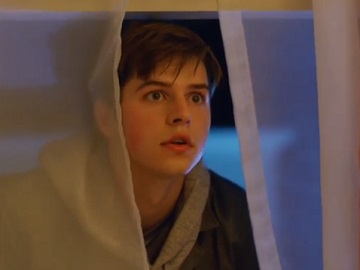 Xfinity has released a hilarious new commercial to promote the xFi app.

The 60-second ad, created by Goodby Silverstein & Partners and titled “Rendezvous,” features a teenage boy as he sneaks into the bedroom window of his girlfriend. The boy is seen sprinting, dealing with the family’s dog, who’s “welcoming” him at the gate, and climbing to the girl’s room. However, as soon as he gets there, the girl’s father shows up, saying “You must be Steven’s phone”. The man, an Xfinity customer, had the xFi app notify him when a new device has joined.

The song used in the ad is “Go Where My Baby Lives” by The Strollers.

The Xfinity xFi app, available to Xfinity Internet customers with a compatible Xfinity Gateway, allows them to set up their home WiFi and be online in minutes, view and change their WiFi password, know who is online, troubleshoot issues, set parental controls and bedtime schedules so their kids see the right content, sleep when they should, and even lose the WiFi access during dinner time.