Home / Latest Spots / WordPress Commercial: Build a Website That Can 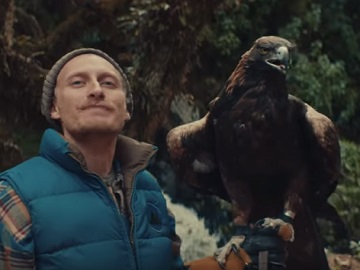 WordPress highlights, in its latest ad, that, at WordPress.com, anyone can start a blog, launch a business, design a portfolio, or open a store online.

The 30-second spot opens with the question “What if you could do anything?” which is answered by several different people. Thus, a woman says she would run for mayor of her hometown, another one says she would finally open her own wellness studio, and a man says he would protect wild birds. Finally, a man standing in front of a structure aimed at illustrating a flat and stationary Earth, covered with the firmament dome, says he would make everybody very small and takes a sip from a very small cup of coffee. Eventually, he turns around to his computer, where he works on creating a website called “shrinkify” and introduces the text “I’m not evil” in a description box.

The commercial concludes with the voiceover saying the tagline “Build a website that can. With WordPress.com”.