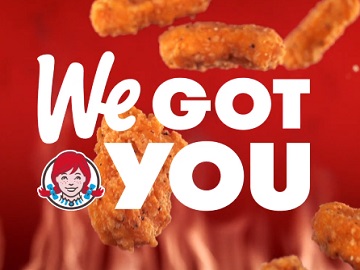 Wendy’s has brought back its Spicy Chicken Nuggets and is now spreading the news through a commercial, as well, that is set to the tune of “All Day Long” by Chance The Rapper feat. John Legend.

Initially set to return to menus on August 19, the fan-favorite item got an earlier arrival – on August 12 – thanks to the 2 million likes on Twitter in less than 48 hours (gathered in May, when Wendy’s said it would bring back the nuggets if 2 million people liked a Tweet). Thus, after years of customers calling for the fast-food chain to bring back its iconic Spicy Chicken Nuggets (removed from the menu in 2017 due to a lack of customer demand,) beginning Monday, August 12, they are available again for purchase.

Moreover, Wendy’s is celebrating the 2 million fans who helped bring the menu item back by giving away 2 million spicy nuggets through DoorDash. The first 500,000 customers who place a Wendy’s order through DoorDash from Monday through August 19 and use the code “SPICYNUGGS” at checkout get a free six-count of spicy nuggets.