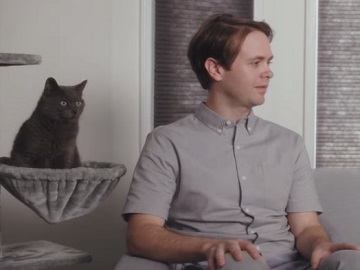 Wendy’s advertises the three new additions to its Made to Crave menu in a hilarious new ad, featuring a woman who decides not to settle for basic after trying the chain’s Made to Crave chicken sandwiches.

The 30-second commercial opens with the young woman listing to her partner, Mike, some of the things that bother her, such as the fact that his password is “password” and everything he owns is gray. He says he thought she liked “basic Mike” but learns that this was before she had Wendy’s Made to Crave chicken sandwiches. “Now I know I can do better than basic,” she adds, holding a Barbecue Chicken sandwich in her hand and having then a bite.

The commercial ends with the voiceover urging viewers to upgrade from basic with three new sandwiches on Wendy’s Made to Crave menu.

The Made to Crave Chicken lineup is made, according to the fast-food chain, with all white meat chicken with no artificial flavors, preservatives or colors from artificial sources.