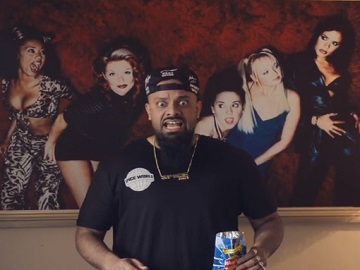 Spice Girls, who hit the road for their first tour without Posh Spice (a.k.a. Victoria Beckham), last month, for their long-anticipated “Spice World” reunion tour, have teamed up again with crisp brand Walkers for a new ad, part of what is described as “the biggest marketing campaign of the crisp-maker’s history”.

The spot, created based on the idea that that if you have Walkers crisps in your hands and someone asks you to share, then you’re met with an awkward dilemma – to share, or not to share, features the Spice Girls on the way to surprise their “biggest fan” at his house with VIP tour tickets. The latter, named Dev, is delighted to have his favorite singers at his home, but when Emma Bunton asks him for one of his Walkers crisps, he finds it very hard to hand over any of his crisps.

The advert also features the reactions of those who have been watching the action play out “live,” with special appearances from Goggle Box family The Malones and Walkers aficionado Gary Lineker.

Over the years, the Spice Girls, who signed their first endorsement deal with Walkers in July 21997, have also partnered with the likes of Pepsico, BT, Asda and Hasbro.