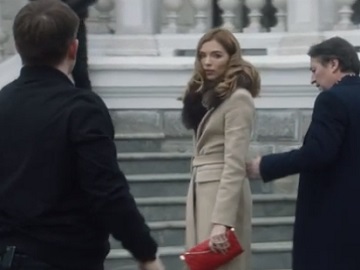 The campaign includes several spots – each focused on a SUV model, from the T-Roc, to the Touareg, the Tiguan and its extra-large big brother, the Tiguan Allspace – that depict situations in which the protagonists have so much confidence they put themselves in dangerous situations without thinking about it.

One of the ads features a VW Tiguan driver who, after taking his boss, a gang leader, and his boss’ girlfriend to their mansion, asks the young lady to call him. The end of the video sees the mafioso instructing his bodyguard with just a look to deal with the audacious driver.

Other ads feature a mother who, on her journey to escape a zombie invasion, treats a zombie she meets as if he were a gas station employee, a group of men stopped at the border, the attorney of a man who robbed a bank, and a woman who sets out to free a wild animal locked in a container, who can’t be tranquilized.

The German automaker aims to highlight that its family of SUVs includes models to suit every need, from a striking city-ready SUV to make a statement around town or a class-leading vehicle with true off-road capabilities.